Dan started his career as a silver service waiter in the Shetlands, even serving HM The Queen, where he progressed to become a hotel manager, before transferring to sales in the growing cable TV sector. Next was 17 years with the major franking machine manufacturers, rising to Public Sector account director, before joining us in 2016.

It is with great sadness that we announce the death of our friend and colleague, Dan Paton, who died suddenly on Wednesday, 4th December 2019. Proud Scot and avid Glasgow Celtic supporter, Dan was a valuable member of our team, helping to build strong relationships across the public sector, securing framework awards with DEFRA and the CCS, along with the Armed Forces Covenant.

He will be sorely missed by all of us at TMR and we extend our deepest condolences to his sons Jacob and Josh, along with his loved ones.

The extended answers from Dan below are left in memory of him, as they provide an insight to the entertaining and ‘chatty’ man we knew. Sorry you never got to play for Celtic… R.I.P

Loves – what makes you happy:

Scotland and all that comes with her, terrible weather , pretty poor football team, however there is always Elephant Polo, Rugby and more recently Cricket (!?) although I still don’t understand the game…

I have always had one that never goes away – Billy Bremner (played for Leeds United in the 70s,  Scotland Captain at the 1974 world cup in Munich)

What did you want to be when you grew up – or maybe still want to be:

A professional footballer playing for Celtic and of course Scotland… My second choice, which is still there, was to be a commentator (I did get an opportunity to do 15 mins for Hospital Radio when I was working for Celtic).

Who would you like to meet – or would have liked to have met (anyone from history is fine):

Diego Armando Maradona – Simply the greatest footballer of all time! I would like to have a party with Diego – a memorable night I bet…

Favourite quote – ideally by who and possibly why (if it’s not obvious):

When asked how Scotland would fair at the World Cup and was it possible Scotland could actually win it?

Ally replied – Well yes, I think we will claim a medal and hopefully it will be the Gold one

Ally was annihilated by  the Press on his return from Argentina – But he made us all believe it was possible and the Archie Gemmill goal against Holland is still one of the best world cup goals ever… (and he did deserve a medal, not for the World Cup but for Beating England at Wembley and taking the turf and goalposts back to Glasgow in 1977 before we went to Argentina)

Hates – what makes you sad:

Anything that is affecting my family’s happiness

Today’s obsession with celebrity, especially young people who feel pressured to look a certain way, or spend too much time trying to achieve an impossible goal , be happy with yourself the world is easier to cope with when you can achieve that .

Chillies of any sort really hurt my stomach

Fears – what scares you, realistic or otherwise:

What super power would you like – why, what would you do:

I want to be able to fly, I think that would be brilliant and also Invisibility – I would use the invisible mode to get behind the secrets that the government are always covering up (it may also help Scotland win the World cup as I could whip the legs away from their opponents as they play)

If you could change one thing, what would it be – it could about you, the world or life:

I would obviously like to see more balance in the world, there is too much of a gap when it comes to those who have lots and those who have none , I would like to see no poverty, or people sleeping on the streets , I would also like to see an end to all wars. Hopefully Donald Trump (love him or hate him ) and Kim Jung-un can create a lasting peace in Korea to start with? 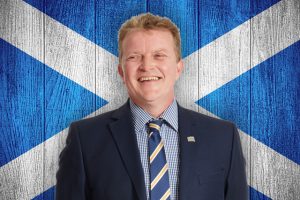