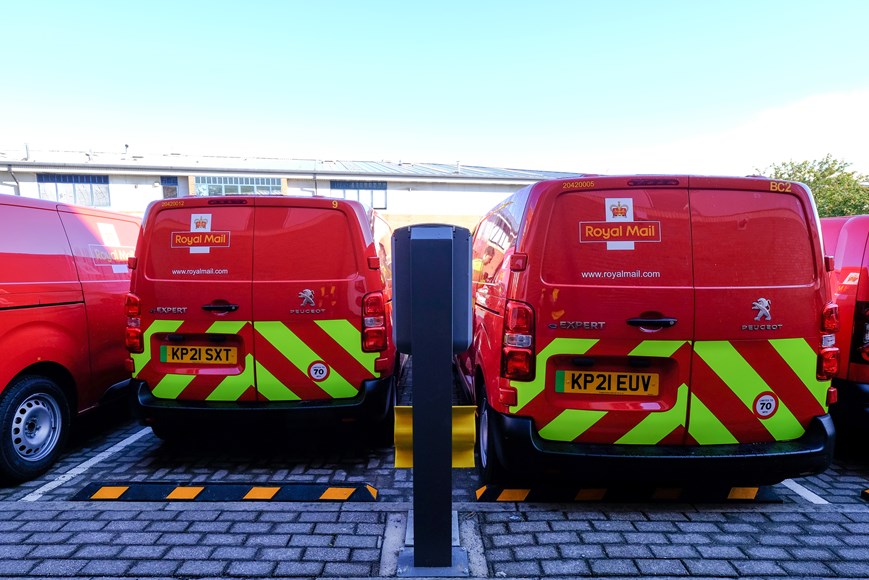 Royal Mail has announced a ten-fold increase in the number of electric vehicles it runs across its UK fleet with plans to introduce around 3,000 additional, low-emission vans throughout the UK.

The vehicles, liveried in traditional Royal Mail red (rather than the green test vehicles), are a new chapter in the Company’s ongoing drive to reduce its operational emissions still further, with charging points installed to all the Delivery Offices set to receive the vehicles as part of the plans.

Specially designed to help deliver letters and parcels in a secure and environmentally-friendly way, with load capacities ranging from around 3.7m3 to 6.3m3, the vehicles will operate as part of the Company’s usual delivery routes. Initially focusing on ultra-low emission zones and green cities, such as the all electric fleet in Bristol.

With the UK’s largest “Feet on the Street” network of over 85,000 posties, Royal Mail already has the lowest reported CO2e emissions per parcel amongst major UK delivery companies. Like our own reduce, recycle, reuse policies, the expansion of alternative fuel vehicles demonstrates their commitment to reducing emissions and to delivering a cleaner future.

The ‘last mile’ electric vehicles follow the launch of 29 low emission gas powered trucks in May, fuelled by Bio-Compressed Natural Gas (Bio-CNG). The 40 tonne Heavy Goods Vehicles (HGVs) are similar in size and look to a conventional Royal Mail truck but are significantly quieter, emitting roughly 84 per cent less CO2e than a typical diesel-fuelled vehicle of this size, helping us all to make the right move for the environment.