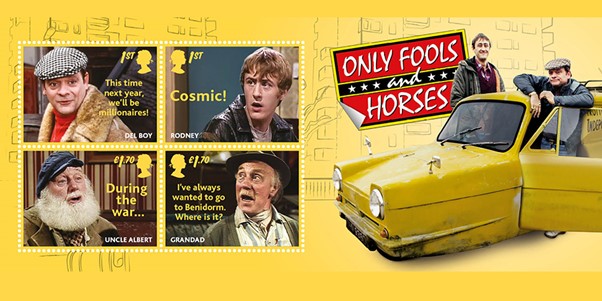 To mark the 40th anniversary of Only Fools and Horses, the Royal Mail have issued a set of 12 stamps featuring timeless moments from the show!

Eight of the stamps feature classic scenes and quotes, while a further four presented in a miniature sheet, depict the Trotters (Del Boy, Rodney, Grandad and Uncle Albert) with a catchphrase for each.

Written and created by John Sullivan, the sitcom launched in September 1981 and ran for 64 episodes up to 2003, with over 20 million viewers watching the show at its peak.

Royal Mail says: “The impact of Only Fools on the life of the nation is demonstrated by many of the show’s catchphrases and words having entered common usage. In 2003, the most popular of these, ‘lovely jubbly’, was listed in the Oxford English Dictionary.”

They’re available from today to order directly from the Royal Mail, so if you want the best ones, you could stick a pony on it and buy a collectors sheet, whilst still saving 19p on your mailing by using your franking machine, you know it makes sense… then maybe this time next year you’ll be a millionaire! 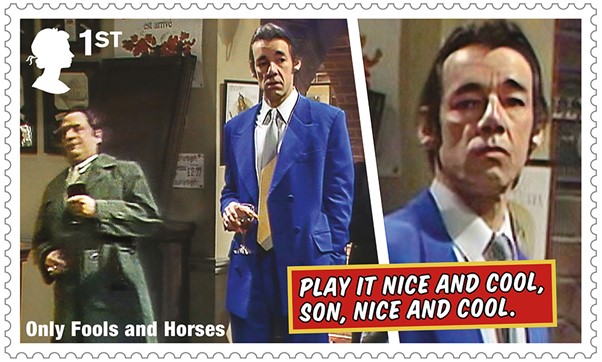