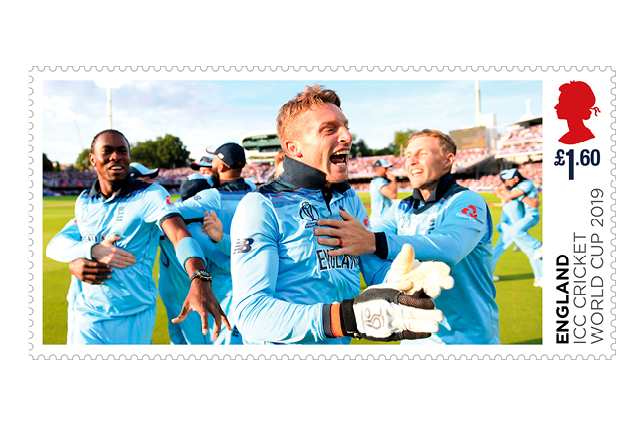 In celebration of the England cricket team lifting the ICC World Cup back in July, the Royal Mail have issued a set of collectable stamps.

After an exhilarating final against New Zealand, which was tied twice…, the England Cricket World Cup Winners Presentation Pack highlights the joy of the players in this hard-fought victory.

Featuring eight stunning special stamps that capture the moment of triumph for the Men’s team in 2019 and Women’s 2017 Win against India, the sets are available to order directly from the Royal Mail, so you can capture a piece of history.

Royal Mail have also rolled out 15 special edition postboxes at each ground used in the tournament to mark the historic achievement of both England teams, starting with a postbox outside Lord’s Cricket Ground where both sold-out finals were held. Painted white and featuring stylised images of a gold cricket bat, ball and stumps, they’ll be decorated for a three-month period, with the specially selected postboxes will be complemented by a permanent gold plaque.

Look out for them at:

As TMR are proud sponsors of the GMCL juniors, we’re certainly looking looking to more success in the future!